It is well known that wood compressed during growth can have significantly altered structural properties. This is particularly important to the forestry industry, as compressed wood has a tendency to break and damage equipment, as well as being uneconomic. However, compressed wood can often have a similar appearance to wood that has not been compressed, and the actual effect on the cellulose structure is quite poorly understood.

WAXS (wide angle X-ray scattering) images, acquired using the RAPID II diffractometer and graphite-monochromated sealed tube Mo Kα radiation, have been recorded on different sections of wood, some sections of which has undergone compression during growth. The software package AreaMax was used to extract radial profiles of scattered intensity.

The aim of this work is to correlate microfibril angle to chemical composition data measured by accurate IR measurements. The compressed regions of the wood show six peaks instead of the normal two symmetrical peaks. This suggests that the well-oriented cellulose fibres have somehow been broken down into less well-oriented regions. The full details of this are still being investigated, but the results could have great significance to the forestry industry. 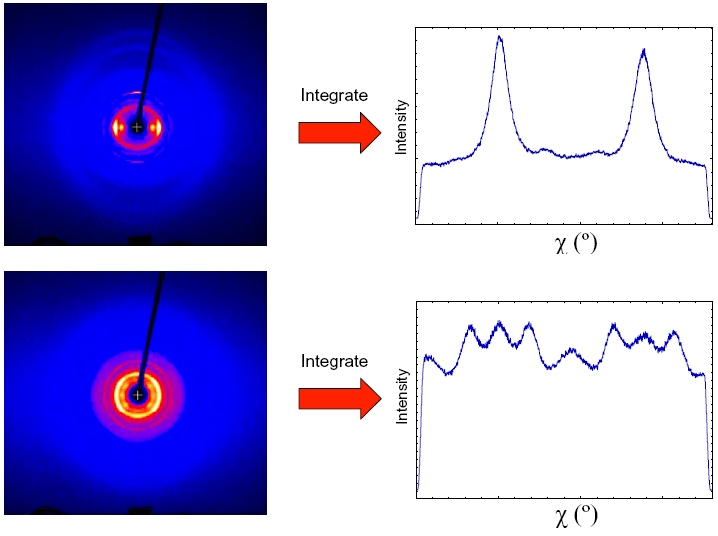